My Journey as a Writer-NaNoWriMo 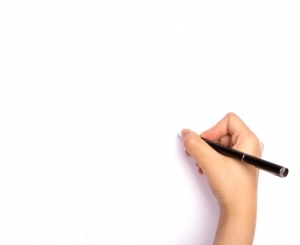 Image courtesy of jannoon028 at FreeDigitalPhotos.net

I participated in Camp NaNoWriMo this July and had a blast. I used it as a way to set a deadline to finish the first draft of my YA fantasy novel. I made my goal and was amazed at how hard it was to write 30K words in a month. November starts NaNoWriMo and the goal for all participants is 50K, that works out to roughly 1667 words a day (I think). I want to use this artificial deadline/goal to work on the first draft of the sequel to my book. But I don’t want to go it alone.

In Camp NaNoWriMo, they place you in “tents” (unless you know people) with folks who write in the same genre as you. In theory, it is an awesome way to create a ready-made support group. In my experience, it was a flop. After a few encouraging posts at the beginning of the month, my tent disappeared into the mist, perhaps they were eaten by bears? I don’t want to go through that in November.

So, I joined the regional group for NaNoWriMo and attended my first meeting today. It was wonderful being surrounded by people who have actually won NaNoWriMo (wrote 50K words) multiple times. They were full of great advice and best of all,  there was a session on plotting by Cynthia Cooke, a multi-published author.  Her graphical outline of plotting elements immediately showed me where my first novel is lacking and gave me insight to how I want to approach my second novel.

I encourage you all to look into NaNoWriMo as a way to achieve your writing goals.

Straight talk from the sisters about blood, sweat and ink

Cozy Mystery (and Other Favorite) Books, Movies, and TV

...Smarter than a chimpanzee?

Stories to make you feel better.

Fun, unusual and forgotten designations on our calendar.

Smile! You’re at the best WordPress.com site ever

“There's nothing to writing. All you do is sit down at a typewriter and open a vein.” ― Hemingway